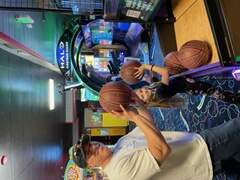 In Studio City, California, Ian Mitchell King is a business consultant and non-practicing attorney. He has military experience as well. He was born and raised in Encino, California.

King is a Senior Advisor for a company that owns and operates real estate properties such as restaurants, convenience stores, and accountancy companies. He also owns and manages Kings Consultants LLC, a crisis management firm. In this position, he has directed and assisted many organizations and individuals in overcoming obstacles and reaching prosperity and success.

Despite his extensive history of helping many organizations while also giving back, King's competence areas include problem-solving and crisis management talents that can be difficult to find. He also has extensive commercial and legal experience, both professionally and academically. His extensive military service record speaks for itself in terms of his work and continues to do to aid individuals in his community.

What does Ian Mitchell King take the most pride in?
Ian Mitchell King, a lawyer in Los Angeles, is an American Bar Association (ABA) member. He's a Rotarian, a USC Alumni mentor and sponsor, and an American Legion member. Two of his most notable achievements include his involvement with the Surfer Foundation for Underserved Youth in San Diego and his membership in the Valley Industry Commerce Association (VICA). He's also proud of his work as a philanthropist, helping a range of neglected groups.